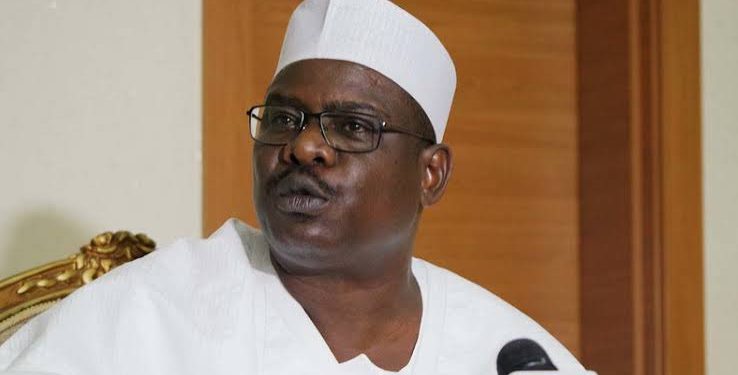 The Chairman, Senate Committee on Army, Senator Ali Ndume, on Wednesday called for conversion of the National Assembly to a part-time legislature during the ongoing Coronavirus (COVID-19) pandemic to save cost.

Ndume who spoke to reporters during an interview in Abuja, however denied calling on the Federal Government to cut the salaries of civil servants in the country.

He said that the report which credited the claim to him quoted him out of context.

He insisted that Public Servants across the three arms of government “not working full-time” during the present pandemic should no longer be paid 100 per cent of their salaries.

“The statement credited to me was not a complete statement and I was quoted out of context,” Ndume said.

He added: “When they asked me questions about the revised budget, I said we should fasten our belts during this pandemic due to the fall in the prices of crude oil which is the mainstay of our economy.

“I said the Federal Government should critically look into cutting down of the cost of governance.

“I called for the reduction of overhead cost, salaries of senior public servants and the recurrent expenditure. That is what I said and I still stand by it.”

He noted that taking into cognizance the fact that the salaries of the lower level civil servants are too small, he couldn’t have called for their further reduction.

“As a matter of fact, Nigerian Civil Servants deserve palliatives from all tiers of government, even with their salaries.

“I maintain that since most of us who are Public Servants across the three arms of government are not working full time for now, our salaries should no longer be paid 100 per cent.

“Overhead should also not be 100 per cent again. All those travel allowances should stop because we are no longer traveling.

“We are operating from online now, the provision for stationery should be stopped. By that so many expenditure would have been removed.”

He said that in view of the prevailing economic circumstances in the country that, he is the firm opinion that the National Assembly could be made to operate on a “part-time basis to save cost during the period of this pandemic.”

He said: “As far as I’m concerned, we can make the National Assembly a part time arrangement for now since we conduct our sitting once or twice in a week these days.

“If we make it part time, that means our salaries must be reduced.

“The reality is that we can’t continue in a situation like this where 70 per cent of the country’s budget is going to personnel and recurrent expenditure as if everything is okay.

“This is a time when we are borrowing to fund the budget. I didn’t say salaries of civil servants who are struggling to survive, should be slashed.

“Under this critical circumstances where 70 per cent of the budget goes to recurrent expenditure and overhead, then the government should really sit down and critically look at it.

“The government should identify public officers that can work part time and reduce their salaries.

“For example, even we in the National Assembly, for the period of this pandemic, I strongly advocate that the work of the legislature and other people should be made par time and therefore, pay them on part time basis to reduce the cost.

“There are jobs that are not critical, that could be converted to part-time basis to reduce cost. We cannot make the jobs of medical personnel part-time.

“There are other essential service workers like the Police and the Army which cannot be on part time.

“However, other jobs should be converted to part-time. A director who is sitting at home working via virtual means does not deserve a full salary.

“The current situation is not sustainable. I even believe in a Parliamentary System of Government.

“Today, if Nigerians demand a reversion to the parliamentary system of government, I will support it.

“The running cost of the government must be reduced by a certain percentage that is significant so as to create jobs for the unemployed.” 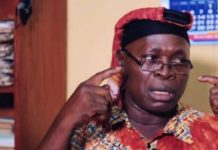