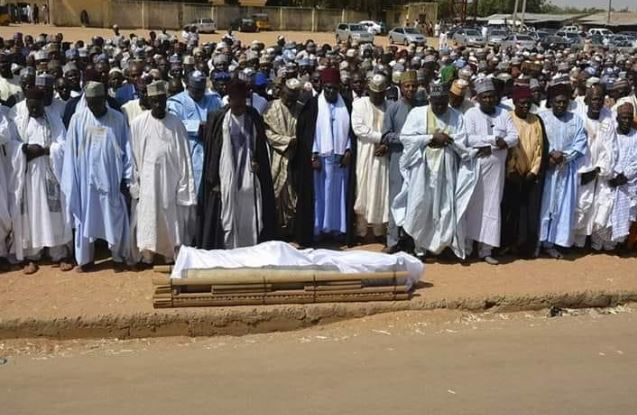 155 persons have died in Gashua and Potiskum areas of Yobe State over the last six days after exhibiting symptoms related to Coronavirus, SaharaReporters can confirm.

The deaths, which have caused panic among residents of the state, is similar to the situation experienced in Kano recently where people in large numbers died consistently for several days to what had now been confirmed by the Presidential Task Force on COVID-19 to be the virus.

Between April 30 and May 5, 98 people died in Potiskum, a source told SaharaReporters on Wednesday.

“In Gashua town, at least 57 have died. Those dying are mostly elders, yet the state Committee on COVID-19 is sleeping in Damaturu as if nothing is happening,” another source familiar with the situation, said.

SaharaReporters also gathered that instead of addressing the challenges his state was facing, Governor Mai Mala Buni has been away in Abuja where he spends more than 80 percent of his time since being elected into office.

Recall that Buni recently gifted 14 Emirs luxury Sports Utility Vehicles worth over N600m despite the poverty rate in the state.