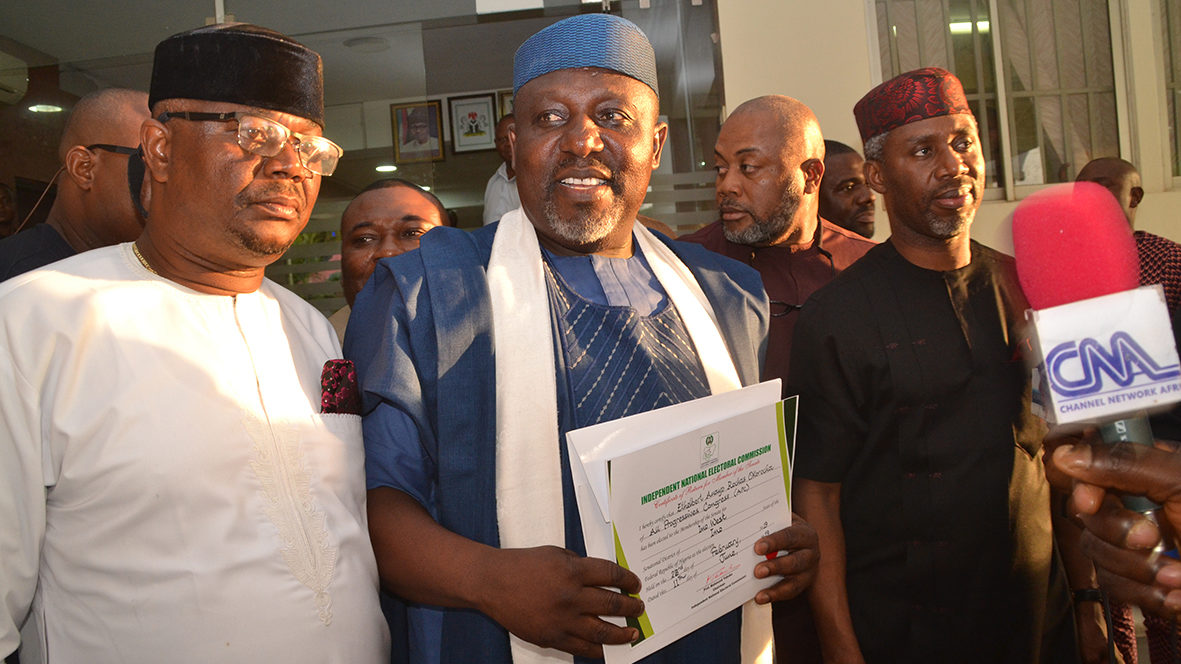 Clerk to the Senate, Nelson Ayewoh, conducted the swearing-in after which Okorocha signed necessary documents.

The former governor was not among those that took oath of office on Tuesday when the senate was inaugurated.

The Independent National Electoral Commission (INEC) had, on Tuesday, issued Okorocha with his certificate of return after a court order.

INEC had refused to recognise Okorocha’s victory, alleging that it was unlawfully secured.