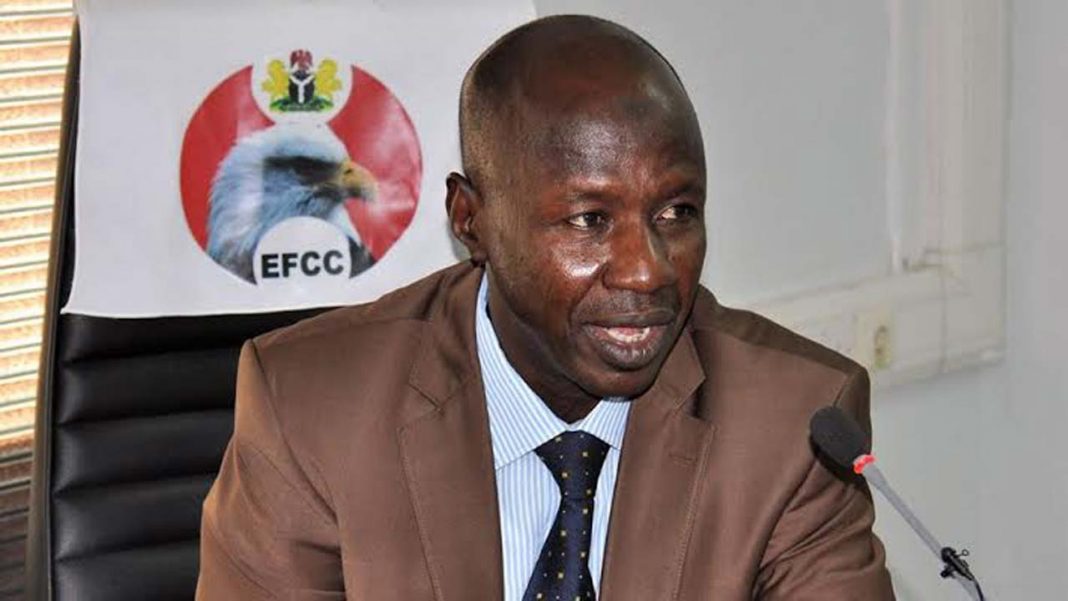 Acting Chairman of the Economic and Financial Crimes Commission, Ibrahim Magu, has been arrested by the Department of State Services.

He was arrested over allegations that he owns four properties and that he was allegedly transferring funds abroad through a third party.

He was arrested at the Wuse II office of the DSS on Monday afternoon and is now undergoing interrogation at the DSS Headquarters In Aso Drive.

The DSS in a 2016 report revealed that Magu was living in a N40m mansion.

“In December 2010, the Police Service Commission (PSC) found Magu guilty of action prejudicial to state security – withholding of EFCC files, sabotage, unauthorized removal of EFCC files and acts unbecoming of a police officer and awarded him severe reprimand as punishment.

“Magu is currently occupying a residence rented for N40m at N20m per annum. This accommodation was not paid [for] from the commission’s finances, but by one Umar Mohammed, air commodore retired, a questionable businessman who has subsequently been arrested by the secret service.

“For the furnishing of the residence, Magu enlisted the Federal Capital Development Authority to award a contract to Africa Energy, a company owned by the same Mohammed, to furnish the residence at the cost of N43m.

“Investigations show that the acting EFCC chairman regularly embarked on official and private trips through a private jet owned by Mohammed.

“In one of such trips, Magu flew to Maiduguri alongside Mohammed with a bank MD who was being investigated by the EFCC over complicity in funds allegedly stolen by the immediate past petroleum minister, Diezani Alison-Madueke.

“Furthermore, the EFCC boss has so far maintained a high-profile lifestyle. This is exemplified by his preference for first-class air travels. On 24 June, 2016, he flew Emirate airlines first-class to Saudi Arabia to perform lesser hajj at the cost of N2.9m. This is in spite of Mr President’s directive to all public servants to fly economy class.

“Magu has fostered a beneficial relationship with Mohammed who by his confession approaches clients for possible exploitation, favours and associated returns,” the DSS report said.

Magu is yet to be confirmed as the substantive chairman of the EFCC despite occupying the position in acting capacity for many years. 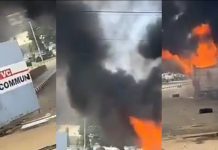 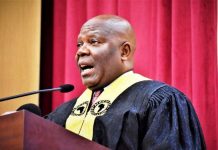