Jeff Bezos’ net worth is now close to $172 billion hitting a new peak after he despite the current economic climate due to the COVID-19 pandemic. To add on, Last year, Bezos, relinquished a quarter of his stake in Amazon.com Inc. as part of a divorce settlement last year.  She received 25 percent of the couple’s Amazon stock, which is roughly a 4 percent stake in the company.

He has set a new record for the worlds richest person according to the Bloomberg Billionaires Index.

According to Comparisun, Bezos is on track to be the world’s first trillionaire by 2026.

The business software comparison site used data collected from the last five years of the Forbes Rich List to calculate the yearly wealth growth rate of the world’s richest billionaires.

Applying this annual growth rate over the coming years, the study concluded that Bezos could become the world’s first trillionaire in 2026 or sooner.

Bezos’ company, Amazon has been doing particularly well in recent months with the increased demand for online shopping due to the Coronavirus pandemic. As a result, the company’s share prices have increased. 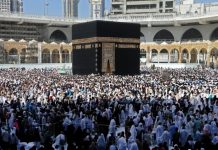 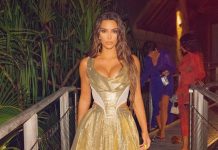