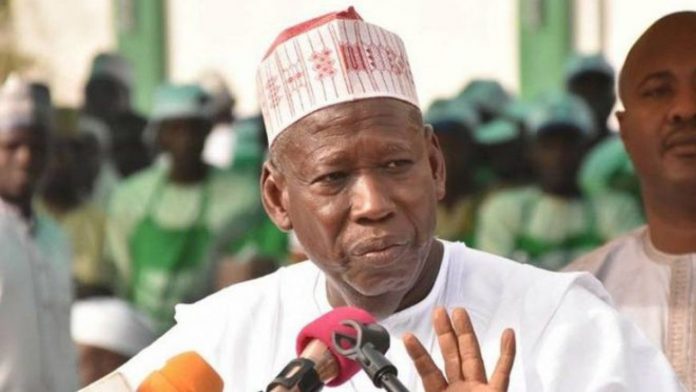 For allegedly forcing Christian girls in Kano State to apostatise, Governor Abdullahi Ganduje has come under fire. Christian Rights Agenda (CRA) has condemned the “forced and provocative conversion” of Christian minor girls from Christianity to Islam by the governor.

In a statement issued by its interim director of publicity, Tom Chiamen, CRA accused Ganduje of embarking on mass conversion of indigenous Hausa Christians every Friday, using inducement and coercion, since he assumed office in 2015.

The group also claimed that many Hausa Christians, who live in perpetual fear as second-class citizens, had also been denied employment opportunities. It expressed worry over the silence of the chairman of the Northern Governors’ Forum, Plateau State Governor Simon Lalong; and the chairman of the Arewa Consultative Forum (ACF), Chief Audu Ogbeh, who both are Christians, over the accusation.

The statement read in part, “Indigenous Hausa Christians in Kano have been subjugated under Ganduje’s administration and are denied their rights and privileges as citizens.

“Despite clear improvement in infrastructure in Kano, Christian-dominated parts of the metropolis are still in their pre-1999 ruinous conditions. But expending state resources for jihad-inspired conversion of Christian minors by force, tricks, intimidation, threats and all kinds of backward means, is the most annoying insult indigenous Christians of Kano are forced to live with under Ganduje.”

The group threatened to sue the governor and report him to the international community, unless he returned the girls to Christianity.But Ganduje described the allegation as a baseless account fabricated by religious bigots to tear the fragile nation along religious lines.

Ganduje, who spoke through his Special Adviser on Media, Salihu Yakasai, explained that the girls cited on video clip that went viral on social media were pagans and not Christians.

The governor, who did not deny the conversion of the girls into Islam, clarified that the Islamic mission that coordinated the conversion did so under Ganduje Foundation.

“Yes, there are girls converted to Islam and this is not the first time that is happening in Kano. There is a foundation owned by Ganduje several years before coming to government. The foundation engages in humanitarian services and propagation of Islam just like the Christian missionaries penetrate local communities in Sumaila, Kura and few parts of Kano.”

On issue of employment and scholarship, Salihu asked the group to substantiate their claims with evidence, insisting that he would not be responding to mere allegation.