The Nigerian senate allegedly plans to N5.5bn on official cars for its members following the non-recommendation of Sports Utility Vehicles assembled by local firms by its ad hoc Welfare Committee headed by Senator Abubakar Kyari.   The excuse given was the non-assurance of the quality of the vehicles assembled in Nigeria, as reported by Punch.  The committee reportedly opted for a Toyota Land Cruiser SUVs for its 109 members at an estimated cost of about N50m each. N5.5bn will be needed to buy the vehicles including a few additional ones for the Presiding officers. The source said, “It was true that we considered suggestions in some quarters to patronize the automobile firms in Nigeria but the fear of their products’ quality, stalled the plans.“Since the vehicles would be given to members on loans,  we should be careful not to purchase vehicles that we may not be able to guarantee their quality and durability.“There was a time that the House of Representatives purchased ‘Made-in-Nigeria’  cars for their members but we know the complaints that greeted the exercise.“We want to avoid such situation that is why we settled for the importation of brand new jeeps that would meet the standard and specification of our members who would pay for them from their salaries and allowances.” 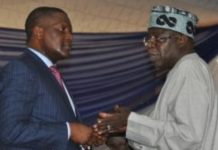