The Ogun State Commissioner of Police, Kenneth Ebrimson has warned religious organizations in the state who may be planning to open religious centers and congregate to worship to bury such plans, reminding them that the government order on the ban on large gathering is still in place.

Vanguard Nigeria reported that the warning was contained in a release by the Public Relations Officer of the Ogun State Command of the Nigeria Police, DSP Abimbola Oyeyemi, and made available to newsmen in Abeokuta, the Ogun State capital.

The statement read, “It has come to the notice of Ogun State Police Command that some religious leaders in the state are preparing to open their various religious centers for people to converge in total disobedience to both the state and federal government directives”.

“The command hereby appeal to such religious leaders in both Islamic and Christian faith who may be having such intention to have a change of mind because the security agencies in the state will view such with all seriousness”.

“The command will not tolerate any act capable of undermining the determination of the state and federal government to fight the COVID-19 pandemic to standstill”.

“The commissioner of police, therefore, wishes to use this medium to remind all religious leaders that the ban on all forms of gathering be it social or religious is still in force. He also admonished all and sundry to cooperate with the government in its efforts to make the state coronavirus free”. 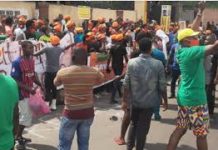 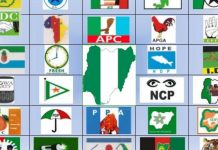