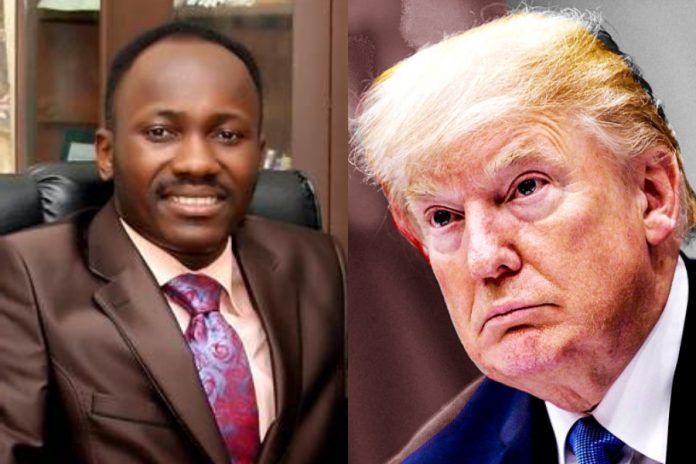 Below are the words of Apostle Johnson Suleiman according to Revelation from God, about the Coronavirus killing thousands across the world today;

1) GOD said, he gave the world to man and he doesn’t do anything to interfere in the affairs of the world, unless man invites him in understanding in the place of prayers.

2) The Nation in question (that brought Coronavirus) has sinned against the world, they wanted to make their own moonshine brighter than the natural moon, their Power tussle is between a particular Nation and they want to bring that Nation under their feet.

3) Covid 19 is an experiment and now they are rejoicing because they are shaking the world and they will wait for another two years.

In 2022, something worst will happen and it will also originate from them.

4) The world leaders are coming together to have a synergy that will make all religions have a common ground and the pope is part of it.

5) AMERICA is their Target but the president is their obstacle.

6) America should not joke with the next election, because they will all want to support the opponent of the current president.

7) If the current president of America is not re-elected then the world is finished.

God said we should all pray to change it.

8 ) DONALD TRUMP’S opponent is not the issue but his running mate. If the running mate wins, he will be impeached for a lady to take over to fulfill the new world order.

9)Their current agenda is to humiliate Donald Trump, they have succeeded in making him a mockery in America while they are now free from it but the prayers of the saints will reverse it and America will be healed.

10)The virus was manufactured by these people and it’s not a biological weapon, it’s a chemical weapon.

11)Many people contacted the virus through testing, once you go for the test, they will infect you.

The few people that are not positive, is to balance the equation to make people believe it’s real.

12) The vaccine will come but the vaccine contains the actual disease.
It is loaded with signals to control human beings by sending signals from the body to their power base.
That will be the proof to show that you are safe and virus free.

13)When they tell you to take the vaccines and you refused, you will be denied a lot of things.

14) Italy was a sacrifice because the pope is part of it and that is why you saw very large cases in Italy.
It was not a coincidence, it was a sacrifice.

16) All believers must come together against the new world in order to scatter the agenda of the Antichrist.

17) They are planning on new world currency.

18)You must purify yourself because they target your body.

19) By June to August, a different agenda to unify the world will begin.

We all have to purify our bodies and come together to pray and frustrate the plan of the new world order.