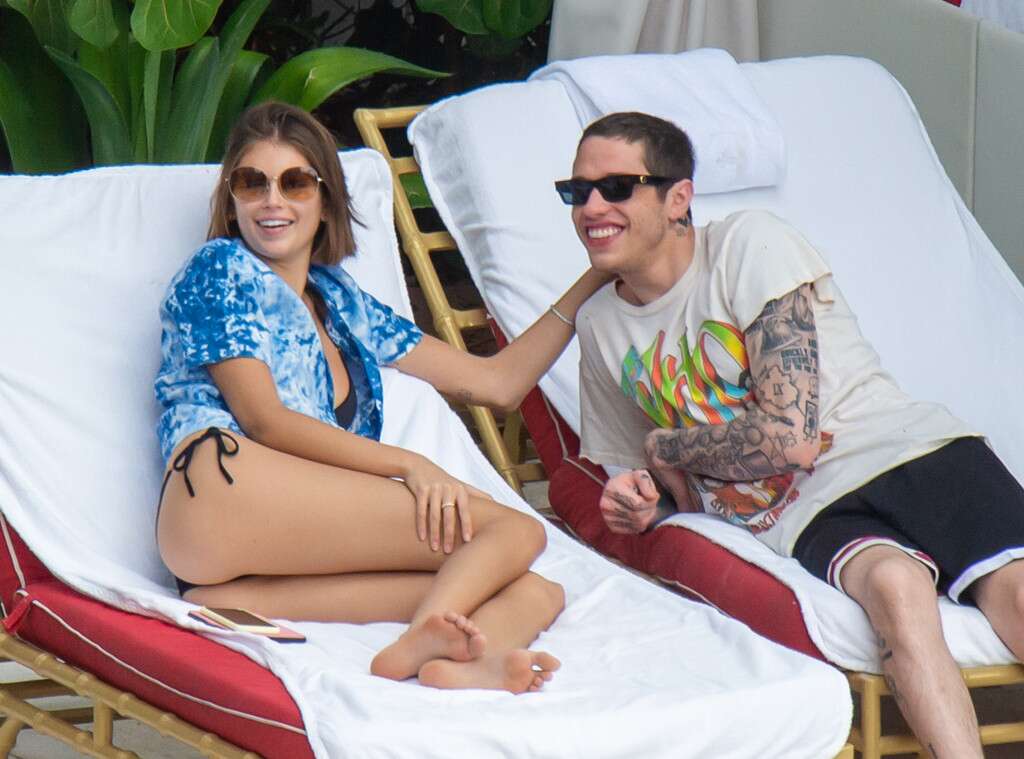 Pete Davidson and Kaia Gerber’s fledgling romance appears to be over.

The Saturday Night Live star is reportedly getting mental health treatment after he allegedly “freaked out” at Kaia’s apartment.

According to Page Six, Davidson, 26, and Kaia, 18, appear to have ended their romance as Davidson sought help for long-term issues over the recent holidays.
‘It looks like Pete and Kaia are over,’ a source told the outlet. ‘It got very overwhelming for Kaia. Pete has a certain M.O. and he’s very intense to his girlfriends. Kaia is only 18 and it’s a lot to deal with.’

The Stand-up comedian who previously dated singer Ariana Grande, has not been seen in public in weeks. He was last spotted leaving Gerber’s NYC apartment in December, shortly after her parents, Cindy Crawford and Rande Gerber, were seen having an intense conversation about their relationship.