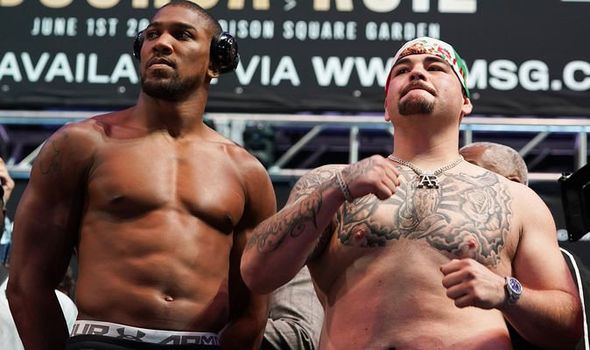 After winning 21 of his first 22 bouts by KO, the Briton suffered his first professional defeat in his American debut, as Ruiz shrugged off the tag of 11-1 underdog to drop Joshua four times.

Having hit the canvas in the third round, the Mexican recovered to floor Joshua twice in the same frame, before repeating the feat in the seventh.

The latter of those punches forced referee Mike Griffin to stop proceedings with 1:27 on the clock, as Ruiz completed one of the biggest shocks in the recent history of the heavyweight division.

Widely considered the overwhelming favorite ahead of the fight, Joshua’s first loss since turning pro saw him relinquish the WBA, WBO and IBF belts.

Those titles will be on the line again in Diriyah, Saudi Arabia, on Saturday afternoon and the Briton is determined to regain them.

“You are going to see me get better every step of the way,” the Briton told The Guardian.

“One loss can’t strip your skin off overnight, when you put your solid foundations in, one chip in the brick can’t destroy the whole building.”

In the lead-up to the rematch against Ruiz, Joshua has repeatedly denied claims from a number of rivals—chief among them Tyson Fury—that he has lost his appetite for the sport.

“Of course I wanted to be there,” the 31-year-old said back in November. “Tyson is at a different stage in his career, he would never understand what I’m going through. I was ready, I was in a good place.”

Ruiz, however, has vowed to stop Joshua again and defend his belts to prove his win in June was no fluke.

“It feels good. You know I made history in New York and I’ll make history again in Saudi Arabia,” he was quoted as saying by the BBC last week.

Meanwhile, Eddie Hearn has defended the choice of fighting in Saudi Arabia, which will become the first Middle East country to stage a heavyweight world title fight.

Bringing the bout to Saudi Arabia has attracted criticism from human rights campaigners such as Amnesty International, who have suggested Saudi authorities are simply trying to hide their human rights behind a major sporting event.

Hearn, who has previously suggested the decision to stage the fight in Saudi Arabia was to broaden boxing’s horizons, hinted politics and sport remained separate.

“I can’t sit here and say it has nothing to do with me, but the bottom line is, I am not a politician,” the British promoter said.

“As ruthless as it is, I’ve got a job to do for my fighter. It doesn’t matter what I think, but I am happy and excited at how everything has gone.”

Here’s all you need to know about the rematch.

When is Andy Ruiz vs. Anthony Joshua?

The rematch between Joshua and Ruiz takes place on Saturday, December 7. The undercard gets underway at 12 p.m. ET, with the main event set to start at 4 p.m. ET.

Where is Andy Ruiz vs. Anthony Joshua?

The fight takes place in slightly unusual surroundings for heavyweight boxing, as it’s staged in the Diriyah Arena in Diriyah, Saudi Arabia.

The 16,000-capacity venue has been specifically built for the occasion.

The rematch between Joshua and Ruiz will not be available through the usual platforms in the U.S., including pay-per-view channels.

The fight will be exclusively broadcast by DAZN, which also carried the first bout between the two as well as several other major fights this year.

A one-month subscription to DAZN costs $19.99, while an annual pass—which gives viewers access to all of the platform’s live events—comes in at $99.99.

The price plan for Canadian viewers is slightly different, costing $20 CAD for the monthly subscription and $150 CAD for the annual plan.

The fight will be available via DAZN’s website as well as via the DAZN app on Roku, Apple TV, Google Chromecast, iOS, Android, Xbox One, Playstation 4 and Playstation 3.

The bookmakers expect Joshua to avenge the defeat he suffered in the first bout against Ruiz. 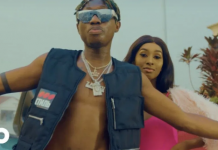 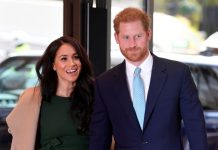