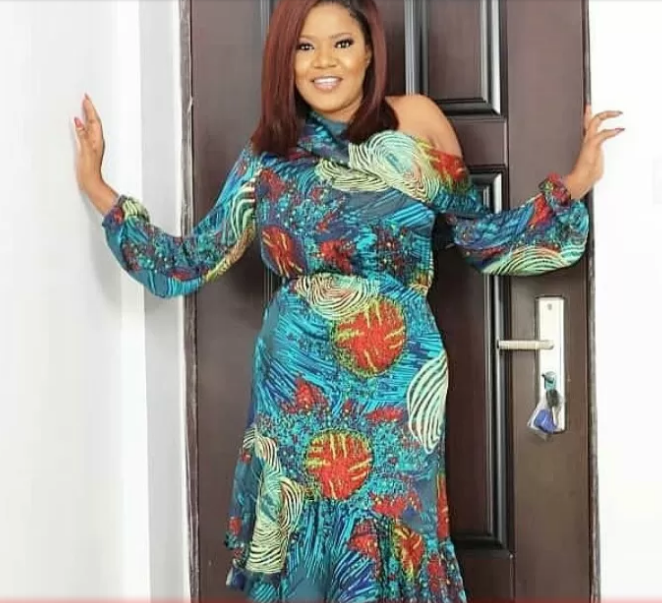 A new report has revealed that actress Toyin Aimakhu is heavily pregnant and already married to her boo Kolawole Ajewole.

According to a report by Kemi Ashefon, Toyin who is yet to be officially divorced from her ex-husband Niyi Johnson has been liking Niyi’s girlfriend’s birthday photos on social media.

“Since Toyin and Adeniyi Johnson ‘s divorce case is still in court, it’s no surprise that this happened.
First, Toyin Abraham is heavily involved and married to actor Kolawole Ajeyemi despite being married to Adeniyi Johnson.
No court has dissolved the union yet.
Adeniyi Johnson claims not to be married to Seyi but finds a friend in her and would marry her when Toyin sets him free legally. Initially, Seyi was seen as a betrayer and was always under attack from Toyin ‘ s fans
Now Toyin seems to offer the olive branch. Good for her present state since she’s becoming a mum very soon.
The truce is good. At least, it will make all parties involved shake hands when a proper divorce takes place,” Ashefon wrote.